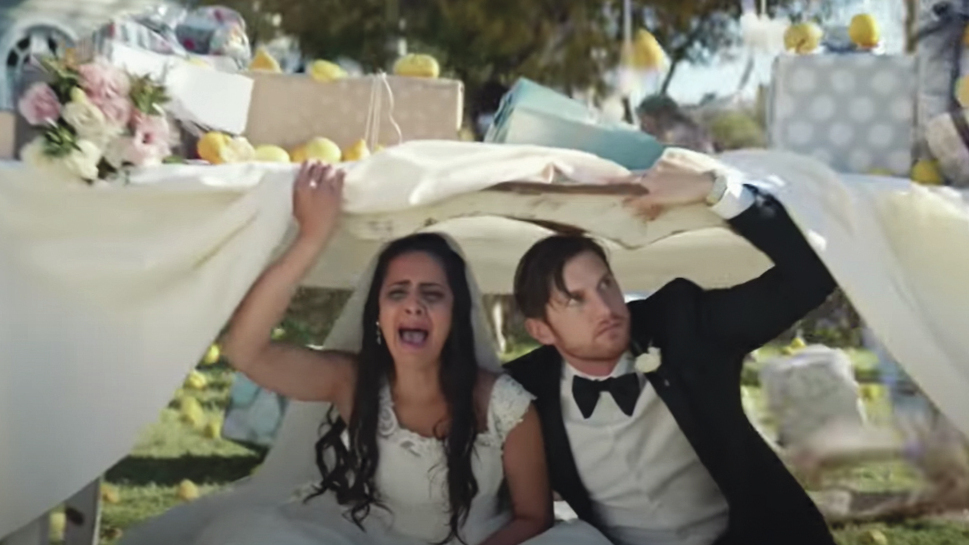 If you saw Bud Light’s “Legends” ad during the Super Bowl — the one featuring everyone from Cedric the Entertainer to Post Malone in an Avengers: Endgame-style gathering of the brand’s biggest stars — this element stood out like the Bud Knight at a square dance.

No masks. No social distancing. No signs at all of the pandemic as a gang of beloved mascots crowded together to make sure football fans have their Bud Light on Super Bowl Sunday.

“We did talk about, ‘Should everyone be wearing a mask [in the spot]?’ ” said Andy Goeler, vice president of marketing for Bud Light, when I talked to him well before the game. “But we felt the spot was a bit surreal and we had the ability to not have people wearing masks and kind of [avoid] reminding people of the time we’re in.”

That sort of escapism stood out in the flood of commercials airing in the Super Bowl, priced up to $5.5 million for 30 seconds of airtime. Aside from a few spots, including ads from Ford and Bass Pro Shops, most commercials tiptoed around references to the pandemic, lockdowns or political instability, as if America was still a little too brittle to really face the conversation.

Still, despite that avoidance, the roster of Super Bowl ads never seemed to really cut loose in celebration. John Travolta dancing awkwardly on TikTok; Anthony Anderson playing touch football with his mom; a CGI Samuel L. Jackson getting swallowed up by a fish — too many of the moments felt weird and self-conscious, unsure of how to make a nation laugh quite yet.

In an inspired bit of head-fakery, some brands drew big headlines for opting out of ads inside the Big Game — like Budweiser and Pepsi — but they still found other ways to stay in. Budweiser’s parent company, Anheuser Busch, bankrolled commercials promoting itself and brands like Bud Light and Michelob Ultra; Pepsi famously sponsors the halftime show. What else would you expect from TV biggest showcase for marketing and spin?

I didn’t have space to dissect all the ads I found entertaining — including spots featuring Daveed Diggs and the Muppets from Sesame Street for DoorDash and Mike Myers recreating Wayne’s World with Dana Carvey and Cardi B for Uber Eats. But here’s my roster featuring some of the coolest, weirdest, most telling advertising moments of the evening.

Best use of a celebrity brand: Rocket Mortgage’s “Certain Is Better”

For my money, this was the funniest ad of the night, featuring gonzo Saturday Night Live alum Tracy Morgan showing a hapless couple buying a home how being “pretty sure” about something isn’t as good as knowing for sure. He gets the dad in a fight with musclebound superstar Dave Bautista (“I’m pretty sure you could take Bautista down,” Morgan tells the dad before he gets knocked out) and shoves the family out of an airplane wearing backpacks saying, “I’m pretty sure these are parachutes.” Best of all, the company had two ads featuring Morgan tormenting two different families, airing at different points during the game.

Worst hypocrisy from a sports league: The NFL’s “Inspire Change”

The ad itself is inspiring, featuring quotes from former San Diego Chargers running back LaDainian Tomlinson’s Hall of Fame speech, played over images of civil rights protests and a graphic noting that the NFL is giving $250 million to fight systemic racism. But the league still hasn’t apologized or publicly made amends with Colin Kaepernick, the onetime San Francisco 49ers quarterback whose kneeling during the National Anthem starting in 2016 to call attention to police brutality ignited a huge controversy. Kaepernick became a free agent and remains unsigned by any team, while the NFL tries to pose like an ally, avoiding any memory that it failed to support a player actually trying to fight systemic racism when it really mattered.

Most desperate use of an iconic rock star: Jeep’s “The Middle”

We see his worn cowboy boots and hear his rough-hewn voice before we see him. But there’s no mistaking Bruce Springsteen’s world-weary words as he pleads with viewers to “come meet here in the middle.” Decked out in a simple coat, driving around an old Jeep, Springsteen conjures every ounce of his working-class hero legend to deliver a message aimed at bringing left and right together one month after a group of Trump supporters stormed the Capitol building. “We just have to remember the very soil we stand on is common ground,” he intones, driving through deserted rural areas and a snow-covered city center. Well-meaning as this message is, it feels less like an inspiring call to unity than an unsure plea for sanity at a time when it is tough to know if anyone is really listening.

Best promotion of a Wall Street insurgency: Robinhood’s “We Are All Investors”

Yup, the stock trading app that helped fuel the takedown of Wall Street hedge funds over investments in GameStop has a curiously timed Super Bowl ad encouraging average folks to get into the stock market. Amid shots of a woman dyeing her hair pink and cowboy hat-wearing seniors sharing a joke at a bar, an announcer asks, “Don’t think you’re an investor?” Couldn’t help thinking it would have been cooler if they had asked, “Want to stick it to The Man while helping the Average Joe take over the stock market?” I would have signed up for that.

Most troubling ode to the side hustle: Squarespace’s “5 to 9”

Much as we all love Dolly Parton, she may have crossed a line on this one, retooling her upbeat hit about surviving the workday, “9-to-5,” into a chirpy take on the depressing reality of modern workplaces. It’s a trippy tribute to those who use the website-building company Squarespace to promote the side business they really care about when the clock strikes 5 p.m. on their soul-crushing day job. Awesome as it is to see a computer-generated Dolly winking from a magazine cover during the spot, you also wonder: Is it appropriate to make some people’s desperate need for a side job look so fun?

Most bizarre use of a celebrity, Part 1: Tide’s “The Jason Alexander Hoodie”

For some reason, a young man has a hoodie emblazoned with the face of Seinfeld alum Jason Alexander, which grimaces and changes expression every time the kid wears him while doing something messy or disgusting, like washing a car or taking out the trash. Besides being an odd, clumsy showcase for CGI technology, it fails to answer a central question: Why would any kid constantly wear a sweatshirt featuring the co-star from a sitcom that left TV more than 20 years ago?

Pronouncing 2020 “a lemon of a year,” Bud Light promotes its seltzer lemonade with a spot that shows people getting knocked over, people chased out of ballparks and airports, and weddings ruined by a mysterious deluge of lemons pouring from the sky. Of course, the friends who are musing about this terrible 2020 are gathered at a backyard barbecue, no masks in sight, surrounded by people at what looks like a party. Way to have your cake — nodding to a mysterious event that canceled air travel, professional sports and family gatherings — without actually uttering the word “pandemic” or showing a single face covering (or telling us what seltzer lemonade actually is). That’s masterful marketing.

Most bizarre use of a celebrity, Part 2: Doritos’ “Flat Matthew”

After the year we’ve all just had, it irritated me a bit to see hunky, successful movie star Matthew McConaughey moping around, looking (and feeling) flat as a cardboard cutout until he eats the new Doritos 3D Crunch and pops back to full size — inside a vending machine. (I’m thinking maybe it was the check from PepsiCo’s Frito Lay that helped him feel better?) As if a guy with abs like that would get anywhere near something so obviously fattening. Mindy Kaling’s look of impatient bewilderment in the spot, sitting across from McConaughey while he mopes during an appearance on Jimmy Kimmel Live!, made my week.

Most likely to make you ask, “Is this safe?”: Inspiration4’s “Join Us”

Elon Musk’s ambitious plan to send four civilians into space has left two spots open for U.S. citizens who embody the ideals of “prosperity” and “generosity.” This spot encourages viewers to head to a website, inspiration4.com, where they can enter a sweepstakes to be selected for one of those two spots. As the spot played, I couldn’t help thinking: Isn’t there a better, more scientific, safer way to choose crew members for a spaceflight than the method used by Publishers Clearing House?

This story was edited for radio by Nina Gregory and adapted for the Web by Petra Mayer.

3 Ways to Instil Mindfulness and Peace in Your Daily Life

Success Is Never Owned and Rent Is Due Everyday