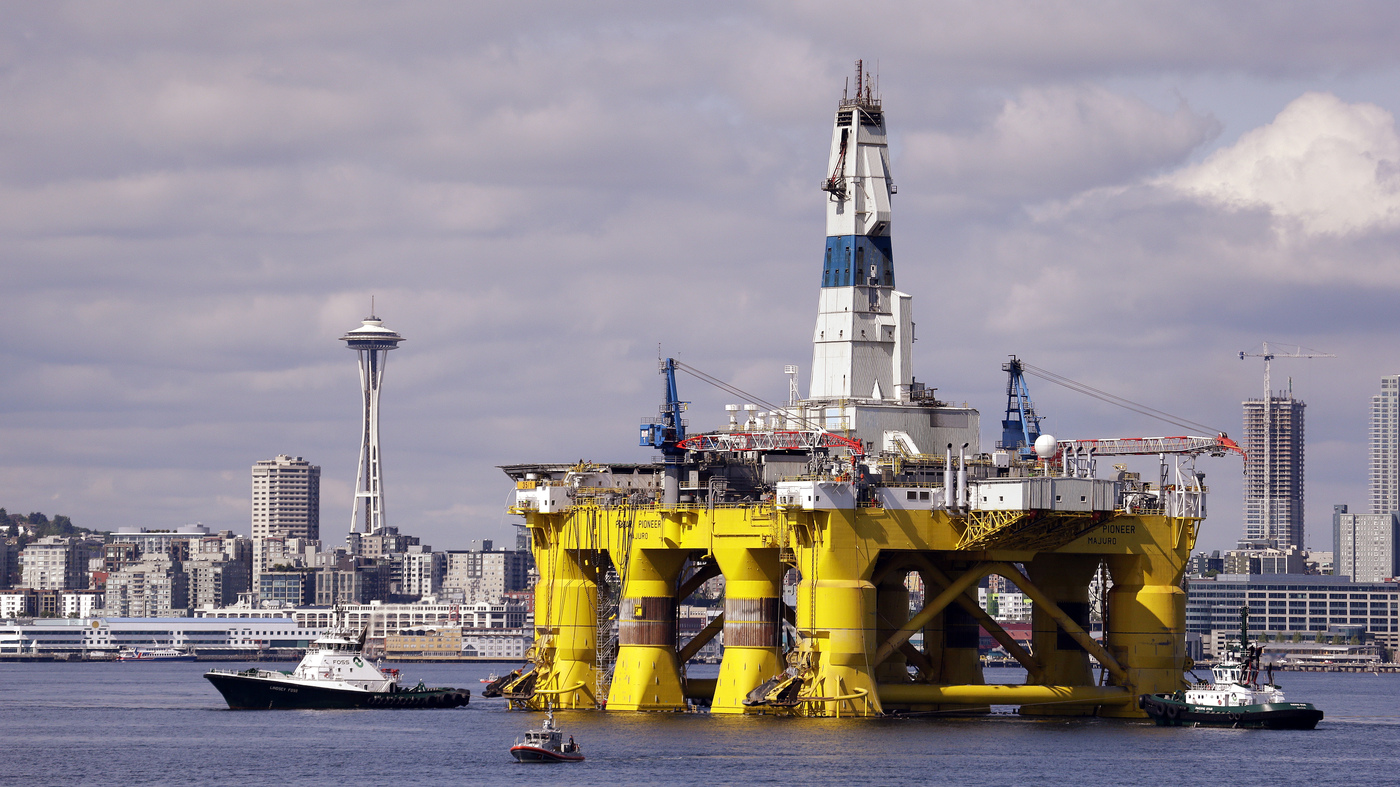 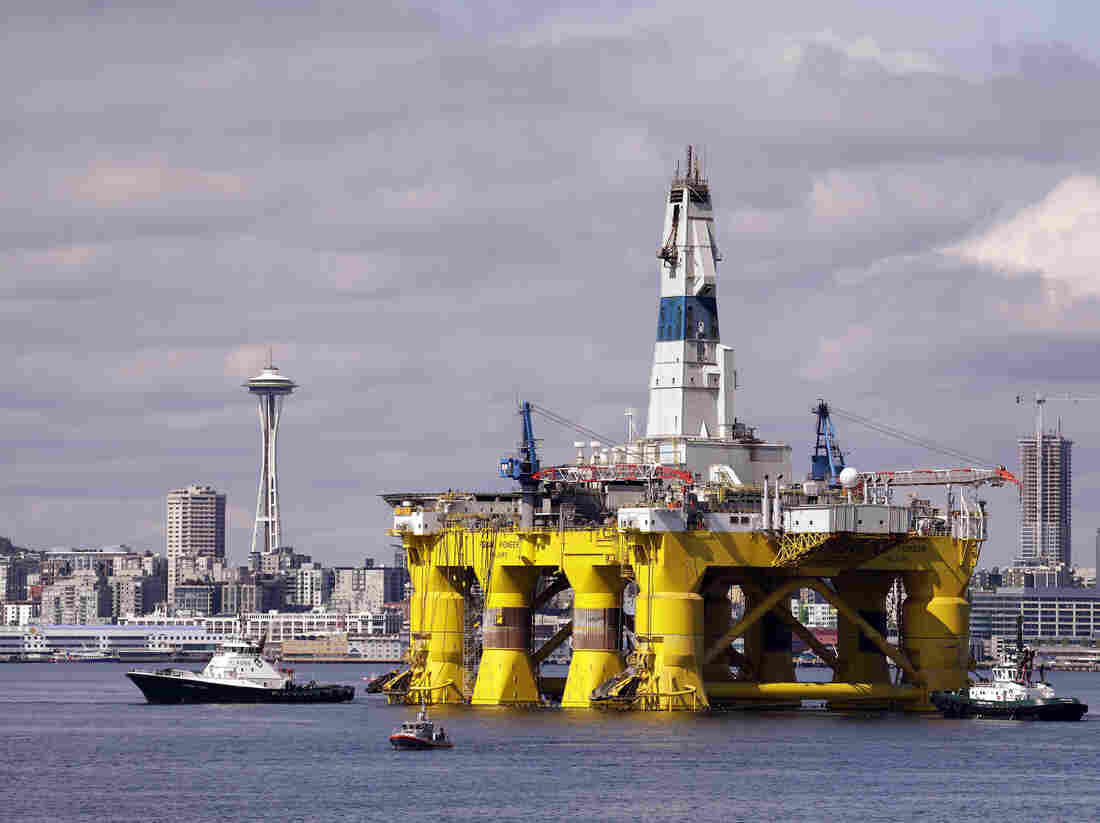 The drilling rig Polar Pioneer outfits for Arctic oil exploration in 2015. A proposed rule from the Trump administration would force banks to offer financing to oil companies, gun-makers and high-cost payday lenders, even if the banks don’t want to. Elaine Thompson/AP hide caption 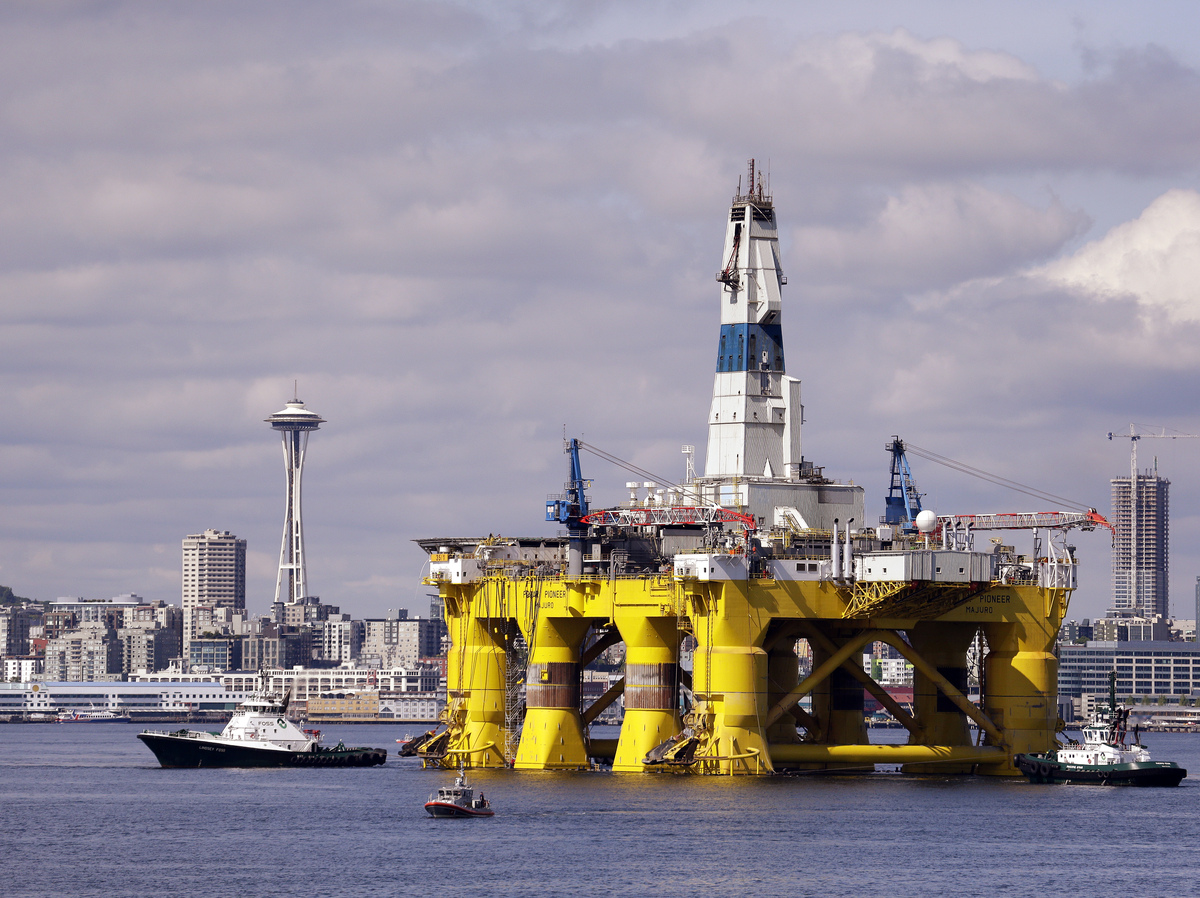 The drilling rig Polar Pioneer outfits for Arctic oil exploration in 2015. A proposed rule from the Trump administration would force banks to offer financing to oil companies, gun-makers and high-cost payday lenders, even if the banks don’t want to.

The Trump administration is trying to push through a last-minute rule that could force banks to offer loans to gun-makers and oil exploration companies or to finance high-cost payday lenders.

The move follows announcements by the biggest U.S. banks that there are some industries and activities they don’t want to finance, such as drilling for oil in Alaska’s Arctic National Wildlife Refuge or making loans to gun manufacturers who make assault-style weapons. Some major banks have sworn off making those loans.

Now, a Trump-appointed banking regulator is pushing for a rule that considers that an unfair, discriminatory practice.

“It’s a very poorly constructed rule,” says John Court, the head of regulatory affairs at the Bank Policy Institute, which represents the biggest banks in the country. He says the rule is “clearly hastily conceived and hastily constructed.”

The rule was proposed in November after President Trump lost his reelection bid. And Court says it appears that the Trump-appointed acting head of the Office of the Comptroller of the Currency is scrambling to enact it before the Biden administration begins next week.

Court says many financial firms are getting more focused on environmental, social, and governance — or “ESG” — issues.

“Among those are racial equality, climate, other issues,” Court says. “And this proposal clearly would undercut the ability of a banking organization to achieve or administer any so-called ESG goals that it might have.”

The rule is based on the concept of fair access to credit, which traditionally had to do with preventing racial discrimination.

The OCC declined an interview. Acting head Brian Brooks said in a press release that “fair access to financial services, credit, and capital are essential to our economy.”

But critics say the rule is really about forcing banks to finance firearms companies that make assault-style rifles, or even predatory payday lenders that charge 300% in annual interest.

“Payday lenders not only disproportionately harm people of color, they target communities of color,” says Rebecca Borné, a lawyer with the nonprofit Center for Responsible Lending.

The main trade group for payday lenders, INFiN, said in a statement that it “supports steps by the OCC to protect legal businesses from discrimination under the proposed fair access rule.”

If the Trump administration finalizes the rule before President-elect Joe Biden takes office, Court says that would make it harder, but not impossible, for the new administration to undo it. And he says if it comes to it, banks would likely sue to try to stop the rule.

“It’s removing the ability to make decisions, it’s removing that from the bank and effectively vesting it in a government mandate,” he says.

And Court says the rule is so broadly written that it would apply to mundane business decisions as well as broader ones based on what the management of the bank thinks is good or bad for society — whether that involves climate change, assault rifles, payday lending, or anything else.

The rule could also be scrapped by Congress through an oversight tool called the Congressional Review Act, especially since Democrats will now control both the House and the Senate.

How This Founder Bounced Back From $11 Million in Canceled Orders